Morals. When did being bad become cool? Does it feel like being good is sometimes harder? Really, I think we’re more lost than ever! Last night, I was at the gym running on the treadmill. I looked up and read the back of a woman’s bright pink t-shirt in bold font “Tough as Hell.” Not trying to be a creeper, I awkwardly walked by her to read the small print. It was promoting a marathon to find the cure for breast cancer. Great cause and I’m sure an even nicer lady but using Hell has become commonplace cool. I’ll explain later how our social norms and trends have evolved to accept this “Get Hard” culture. For now, lets examine the past, present, and look to the future for hope that we can influence our kids to live to be good.

The Past. A decline in standards, our lifestyles, and poor parenting have influenced the lives our youth live today. First, it’s easy to look at the entertainment industry for examples of the decline in ethical standards. Growing up in the 90’s, I’ve been a consumer that bad is rad! For example, follow this timeline: Full House, Fresh Prince, Saved By The Bell, Seinfeld, Friends, Punk’d, Jersey Shore, Two and a Half Men, Keeping Up With The Kardashians, 16 & Pregnant, Catfish. I’m the first to admit that I liked these shows growing up and watched all of them because it is what it is. As youth growing up, we become a product of our environment and the entertainment industry largely has this affect. Cussing, sexuality, and poor manners have all became “okay” because of a decline in standards. Second, our lifestyles have changed and it’s not a small world after all anymore. Globalization over the past two decades has led to losing that local neighborhood support system. In addition, we’ve become a mobile society where we’d rather be connected with the screen at our waist than the people around us. For example, I just looked up from writing this at the line waiting to order their Starbucks and four out of the five people in line were looking down at their screens! Thirdly, poor parenting has brought us to present day. Think about it… The Baby Boomers grew up in the 70’s and 80’s following Vietnam. They became the rebellious teens that embraced “Sex, Drugs, and Rock & Roll!” Woodstock and the sexual revolution all stemmed from celebrating putting a man on the moon in 1969!! In sum, our past paints a picture of where we came from. We can’t blame the kids for the culture we’ve made for them but we can be the change to care for the human heart.

The Present. To quote Robin Thicke, “Blurred Lines” best describe the foggy depiction of our current day moral compass. Here I will flesh out some of the findings I have witnessed from my interaction with teens. To start, we’ve become conditioned over the last decade that bad is cool. Social norms and cultural trends have led to where we are today and I’m the first to stand up and say I’m guilty of it. For example, my diction in a text message with a “homie” includes phrases like, “Yo big pimpin’ where you at P.I.C. (Partner In Crime).” Or maybe it’s flirting with a girl and I’ve said, “Oh you’re trouble ;)” Nevertheless, I’m not some goody two-shoes; I’m just cognitively aware that where we’re headed…. where my future children will grow up, in a decade from now, isn’t the greatest environment. We’ve become accustom to using the “F word,” “slut/whore,” and you know the rest. Yea there just words and “haters” might be like whatever bro who cares. The problem is that overtime this culture is starting to produce behaviors and actions that dehumanize civilization. Next, teens today really just want to be loved. Heck, I just want to be loved! I read the following simplistic statement about a year ago in a book titled, You Inc. – The Art of Selling Yourself, it read, “People Buy Feelings.” Recently, I was at a youth summer camp where a boy mentioned he had been told he was unloveable by his ex-girlfriend. All we want is attention, acknowledgement, and appreciation but how many times do we walk by a stranger, not look them in the eye or flinch to walk by like they don’t matter. Ever wonder, why all the selfie’s these days? Maybe, I do it for the attention, likes, love! Maybe, I do it because I crave interaction all day long with people that don’t give me the time of day because something is more important than my life. Finally, two days ago I was talking with a youth pastor and I asked him, “What do teens need? What’s the biggest thing they’re craving?” Fr. Joe simply replied, ” Worth, self-worth.” Under the umbrella of dignity, we’ve come to a time where human sexuality has become objectified for material gain. A time where people are opposed to getting married because what is the point? A time where the family unit has become rare. And what I’ve personally witnessed, many youth unhappy with the shape of their body and feeling as if they aren’t good enough. The social norm has begun to devalue the goodness of the human heart. Lost in the clutter, the path to good morals begins with respect. Good can be cool and here’s how!

The Future. The future is as simple as being present in the now. This moment is the most important thing at hand! What do I mean? Three simple ways to make good cool are: 1) a smile and a hello 2) listen and hug 3) love and serve. Let me illustrate this with three examples from my own life. Importantly, a smile and a hello go a long way. Shocking!! People that barely even know me, know that my nature is to be friendly and outgoing. I’m the guy that when I walk by strangers, looks them in the eye out of respect for their existence and says “Hi there! Howdy! Have a good day!” However, let me take this example a little further. Last week, I was at a networking event. After the speaker was done, all the business people were conversing and trading cards. I was asked to give a testimonial of how the event went to a 18 year old shy intern. Just as she asked my thoughts a businessman was at my side (literally in my bubble) wanting to trade cards. I nodded out of acknowledgement that he was there (eagerly wanting to chat). However, in that moment, she was the most important thing. I looked her in the eye and gave her another 3 minute response while the gentleman waited. I wasn’t going to gain anything from her but she was most important out of respect. Moreover, now-a-days people are craving more than ever for someone to just listen to them. Last week, I was reading at Starbucks and a friend who is the former DA of my city came in. I say this to illustrate she is a high profile woman who I’ve always seen as cheery and positive. She sat down by me and we were shooting the breeze with local small talk. She then said, “Ugh. I just really don’t want to go to work today.” I responded, “Well, hey! It’s a blessed day that we have here. Sometimes it can be rough and I told her I’ve had my bad days too. I just try to remind myself that its just life…” Before I could finish trying to bring up her spirits and brighten her day a tear started to come from her right eye. I paused; she began to engulf in tears as she mentioned some major hardships she was going through. I just sat and listened. Afterwards, I said I wish I could help more. She said, “You did! You listening meant the world to me!!” I gave her a big bear hug and she was filled with joy. Most importantly, we can create a good moral based society if we all just love and serve. I owe who I am as a person to God and my Catholic faith. Jesus modeled for us to feed the hungry, shelter the homeless, and care for the sick. For example, the cross I carry daily is caring for my sick mother. She’s fought cancer for the past few years and chronic pain for 17 years. Her struggle and my steady practice of faith have kept me on the path to be a man of charity and service to others.

Let’s make good cool because at the end of the day all we have is time. Time to make a choice, good or bad. Smile, listen, and love. The hope I hold in my heart is that my children one day can feel the love of the human heart. That new parents can love their children and pass on good morals. 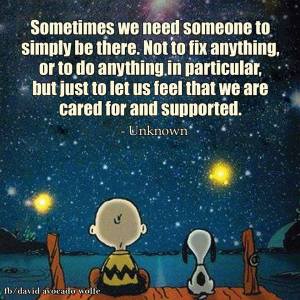